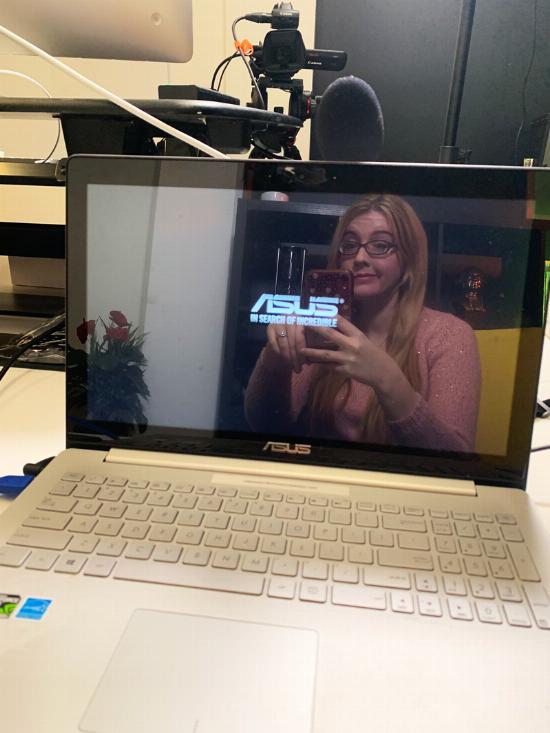 Liz here, RIPPING OFF THE BAND-AID.

By that I mean, literally ripping off the band-aid that covered my webcam (IT’S NOT PARANOIA IF THEY’RE ACTUALLY WATCHING YOU), so I could go live on my very old personal laptop after the fancy Money Morning LIVE setup in the office…just did not work.

This was the fancy office computer, connected to the fancy camera with lights, none of which worked. I was disappointed.

If you’re wondering why I wasn’t making proper eye contact with the camera on the show yesterday, it’s because I started out talking to the defunct camera on the fancy equipment, then remembered THAT wasn’t doing anything, so tried to talk to the webcam on my computer, but kept getting mixed up and addressing Voz directly on the screen. (Hi Voz, you’re so beautiful.)

I’ll get it all figured out eventually. Thanks for having me on – I had fun and got a marriage proposal! Sorry, Andy, I’m taken, and if that changes I’m asking Voz out first!

Speaking of tech issues, 8-Baller is jumping into Options NASCAR today and he is – daringly — long cybersecurity. 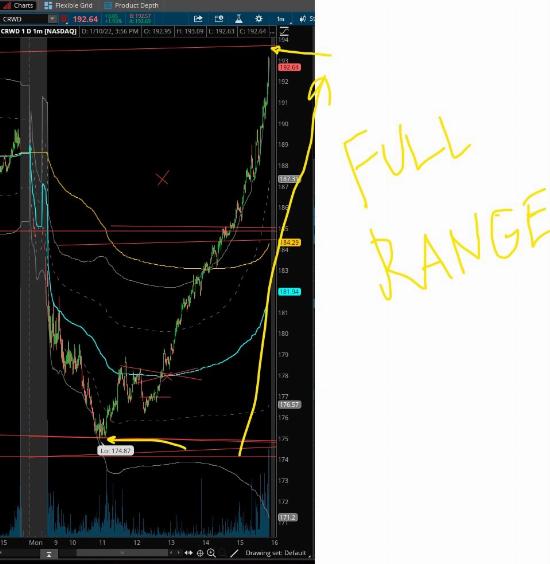 Since he first mentioned this stock yesterday, it already skyrocketed something like 10%, sending the original call spread he mentioned up 50%. BEHOLD! (You can also see the actual stock ticker if you’re eager and zoom in far enough.)

In his modest words, “I have already won. Send prize to 8 Ball PO box I WIN.”

Well, ok, no, technically Garrett is our current winner – with a 100% gain yesterday on the first half of TEAM, which rolled in live during the show…

But 8-Baller has a perfect track record here in Trading Today, with two triple-digit gains so far (you just took off the second one this morning, in fact).

Here’s All That Sweet NASCAR Cash So Far…

A rules refresher is right here.

Now this is where things start to get a little interesting….

Our number one car – gains-wise — is Garrett, who took off a triple-digit gain on his “clown death” play, TEAM, yesterday. The first half of the play hit 100%, as some of you folks noted live in chat…

But the second half of the play (the one that we’re leaving to ride out until Third Friday) is now down 3%.

The first-place winner at the end will be the one with the biggest total gains, so we’ll see how much of that 100% Garrett ends up keeping.

Mark is in a very strong “second” place, almost neck and neck, really. As you recall, he had two separate IBM puts open. This morning, he sent me an urgent Slack asking me to close out one of them at 60%. So, we did, locking down the second-place real gain in this race.

Mark’s other put, though, is still up 30% or more. So, his remaining dog in the race (sorry, I’m mixing up my sports here) is actually further ahead than Garrett’s.

CJ is a slow starter, but as of today, we got our official legal confirmation on his TTD puts. HE IS IN THE RACE!

He’s tied with Tom’s CMG put sale at 0%, right now. I’m also sitting at 0 with my new ZM play, from yesterday, not having moved much yet.

I am last with both my PTON and QGEN plays down 40% and more.  

But there are ten whole days until the end of this race. Anything could happen!

I want you to keep the name KENNY GLICK front of mind because he’s got something really cool going on this Saturday – I should have more details for you tomorrow.

8-Baller, Kenny’s secret weapon, is obviously a genius in his own right…

Crowdstrike Holdings Inc. (NASDAQ: CRWD), a $45B cybersecurity company based in the ominous-sounding Sunnyvale, CA, is in a bit of a dip lately, but both Piper Sandler and Wells Fargo are overweight on them for 2022. (Though Piper Sandler did lower their price target on them a bit, so there’s that.)

CRWD’s been essentially building the Cloud Avengers, in a program called the CrowdXDR Alliance that assembles the best and brightest partners in tech. From their PR (please read in a ringmaster voice), “Cloudflare, Armis and ThreatWarrior are the latest partners to join the CrowdXDR Alliance. These industry leaders will join previously announced CrowdXDR Alliance partners including Google Cloud, Okta, ServiceNow, Zscaler, Netskope, Proofpoint, Extrahop, Mimecast, Claroty and Corelight.” Seriously, do Armis and Cloudflare not sound like new Marvel characters?

“I like the stock long term, 67% revenue growth and 32% FCF margin,” 8-Baller said. Because I have just bought a house I am unhealthily obsessed with debt, so I myself was pleased to see that its liabilities and liquid assets are about equal (a.k.a. they have enough in the bank to pay off their whole mortgage right this minute).

That raises the question of “why TF wouldn’t you?” but I guess they are trying to save for vacation.

8-Baller’s got a couple of ways to play this: Nickel Slots will be a call spread (that’s the one that’s already up 60% since he recommended it yesterday, so there you go, more proof of his genius).

“Buy stock sell OTM calls is also viable,” he said. “Once you put on the OTM call, though, you can’t have a stop on the stock because if elected, you’re naked – I know you know.”

That’s one of those “buy a stock you love at a discount” plays, which makes it a win-win Nickel Slots play as well.

And here’s what else to do:

I’m going to log off and put the band-aid back on my webcam because in the end, I trust that more than any cybersecurity firm out there.

But you do you, 8-Baller. Enjoy the race and may the best man win!

I’ll talk to you all tomorrow, if not before. Hang loose!