Liz here, fondly remembering the days when doctors smoked and endorsed Camels. Actually, I don’t remember this, but I like to pretend that I am immortal and very, very old.

Multiple people saying the same thing have to be right – at least this was a popular argument back when I was a slightly younger immortal. 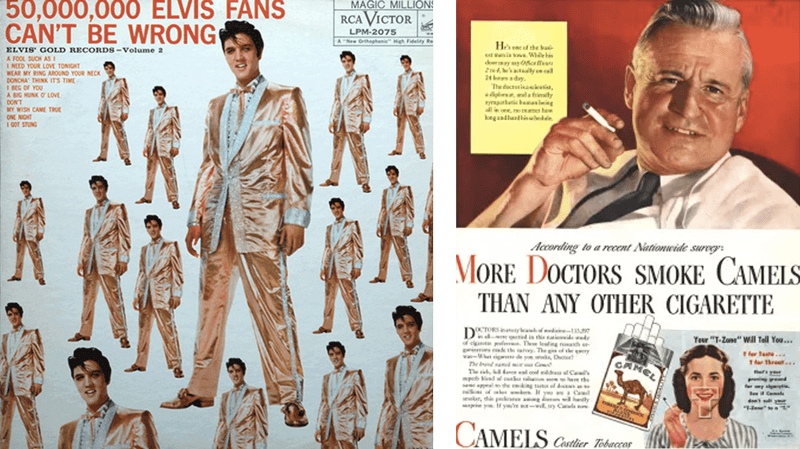 So when Tim Melvin (the bank expert) sent me a video saying “86% of surveyed bankers agree we’re headed for recession” I felt a warm rush of imaginary nostalgia. I could almost taste the Coca-Cola at the soda fountain, which probably had actual cocaine in it but it was all right because 94% of soda jerks used cocaine.

It’s just 2 days till July First, the start of the “stealth recession” – though we won’t see the officially recorded negative growth numbers until the end of the month.

So Tim’s whole “recession prep” video is a must-watch right now – it’s got lots of good tips on how to “Marie Kondo” your portfolio, stay rational, stay calm, and allocate your cash.

He also tells you what not to buy in a recession, which, incidentally, are a lot of the same kinds of things that we like to short right here in Trading Today….

As far as what TO buy – Tim and Shah are going to sit down tonight and go into detail at 8pm with their Recession Action Plan.

They’re committed to getting you 30% returns every year during the recession with safe, sane, smart investment strategies.

Again, that all kicks off tonight, at 8pm, so make sure you reserve your free seat right here.

And in the meantime, watch Tim’s pregame video and figure out which sectors you don’t want to be in. 100% of your future self will thank you.