Liz here, eating Oreos. Did you know that Oreo is a total ripoff of an earlier, rival cookie called Hydrox, and Nabisco (Oreo’s owner) diabolically pushed the Hydrox company out of business by spending millions of dollars to upend the one thing Hydrox had going for them: their kosher certification?

Did you know that? DID you? I didn’t think so. Now, you’ll never look at an Oreo the same way again. The evils of Big Cookie. 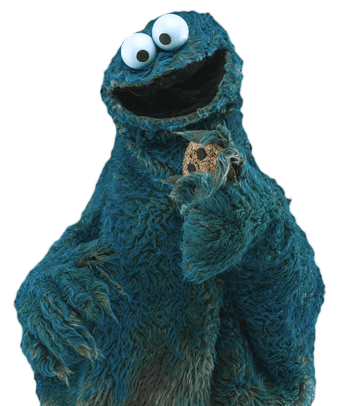 On an equally ominous note, this week we’re gearing up for Recession City. Here are some Frightening Facts from Garrett ™:

Fortunately for you, you have an entire stable of experts here to walk you through how to protect yourself and profit. (You also have me, the happy little agent of chaos!)

I’m pretty sure the $500 off any service credit is still active through the end of the day, so make sure you call Gabe and get set up.

If I were going to pick which service to ask for $500 off, I’d likely go with World’s Biggest Trade right now – just because Garrett is the biggest-picture macro thinker we have at Money Morning LIVE, and he explains everything really clearly (I frequently steal information from him – see bullet points above).

Even his Frightening Facts ™ are sort of comforting.

Not throwing any shade on CJ, of course, who just sent us a brand-new short trade for today – go here to grab it.

CJ’s Got Fresh Inflation Puts for You (Sadly, They’re On Oil)

I’m going to tell on myself for a minute here. My latest long USO trade expired worthless. After a big string of wins on USO and XOM, I bet one too many times and lost. The oil boom has boomed.

I’ll crawl back into my hole of hatred now. Shorts it is.

CJ has good explanations for all of this – plus, of course, short oil to take advantage of the downside. Here he is…

OK, here’s the way that we play the trend in inflation-fighting…

But last week, the Fed and Jerome Powell made it clear that they are on a mission to get rid of inflation with their 75bps rate hike.

While oil prices are likely to continue their rise, we’re not likely to see things go parabolic anymore as this is one of the Fed’s biggest enemies… high oil prices.

BKR shares hit their 200-day moving average on Friday while the stock was tickling an oversold reading from its RSI.

The oversold indication means that we may not see large swings lower right out of the gate, but my target for BKR shares sits at $25 over the next 4-6 weeks. 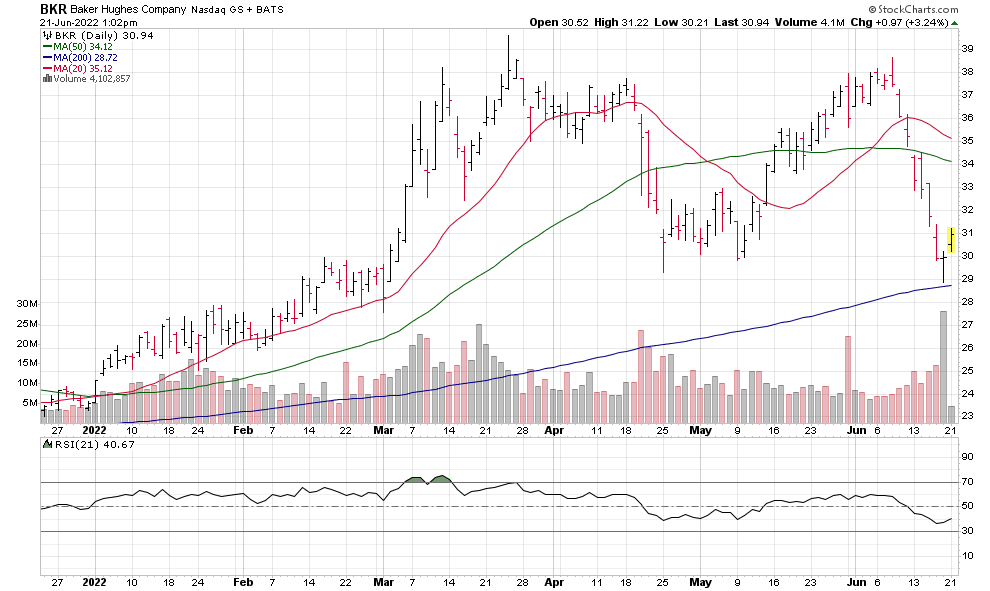 Here’s how we trade it…

Liz again! In case you wondered if there was any justice in the world, Hydrox cookies are now being made again by a small specialty company that bought the original recipe.

But you are unlikely to see it on store shelves, because the company that’s in charge of cookie placement on most store shelves – Mondelez International – is now the parent company of Nabisco and Oreo.

And when they are stocking shelves, they deliberately move the Oreos to the front and the Hydrox to the back!!

I am not making this up! There was a lawsuit. You can read the whole story here.