Liz here, with a really easy one for you.

Do you want to short a big gumball machine filled with cars?

Actually, let me make this even easier. Do you want to short a big gumball machine filled with cars, that could get you thrown in jail?

Yeah, I thought so.

Time to unleash your righteous anger on “Complicated Carvana,” as the Sun breathlessly puts it.

Let’s take this one to the ground.

I Can’t Seem to Get Away from Jail

First of all, let me introduce you to flamboyant ex-con Ernest Garcia II, who owns a suite in Trump Tower and, per Forbes, has had a long and checkered history:

Garcia II is also a major shareholder in Carvana, a direct spinoff from one of his earlier auto “businesses” – his son, Garcia II, who I’m sure is a perfectly nice man, is Carvana’s current CEO.

Here are the two Garcias. 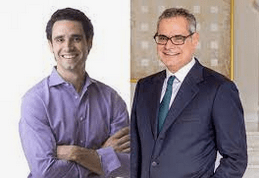 And here is their business brainchild – an eight-story literal car vending machine, which you can currently find in one of 30-ish locations across the U.S. (They keep getting shut down, for reasons we will see shortly.)

The Carvana process, according to its website, is straightforward.

According to customers, not so much.

Right now, Carvana (whose TV slogan is “We’ll Drive You Happy!”) is entangled in a sea of byzantine issues and lawsuits -most notably, something we’ll call the Great Tag and Title Fiasco of 2022.

According to thousands of complaints filed across the Eastern seaboard, Carvana eagerly dispenses cars from their shiny vending machines but then, somehow, doesn’t follow up with sending the vehicle titles in the mail.

Carvana is contesting a massive class-action suit in Pennsylvania at the moment. From the wonderfully named mag “Motorious”:

“According to the court filing, in some cases, consumers waited over two years for their vehicle to be registered. That resulted in trouble with local police, sometimes leading to drivers being arrested. Carvana says the allegations have zero merit and claims no liability.”

Totally real consumer law attorney Robert Cocco (yes, that is his name) says he’s talked to hundreds of customers nationwide who haven’t received their Carvana titles, and have been questioned, or actually detained by law enforcement.

“This adds insult to injury,” he says. ” Not only don’t you have what you paid for, now you’re getting thrown in jail for Carvana’s errors.”

My child likes watching Cops with me before bed (I’ve explained that the drugs are poison and that’s why all these people are messed up). I’m just waiting for an episode where someone uses “Carvana didn’t send me my title yet” as an excuse. I’m sure it’s coming.

Not surprisingly, this has resulted in sanctions in several states. Again from Motorious (I just love saying that):

“An industry source told us ‘Carvana is no longer allowed to sell in some states because of their title issues.’ That’s backed up by multiple reports across the country. For example, Illinois recently suspended Carvana’s dealership license after an investigation concluded the company has been failing to transfer vehicle titles to customers while abusing out-of-state temporary registration permits. Carvana reportedly will have to correct these problems before the suspension will be lifted.”

On a more mundane note, Carvana doesn’t hire enough delivery drivers, so you often have to pick up your questionably legal vehicle yourself. According to one ex-employee, “The company a lot of times prioritized getting more bodies in the company to prepare for future sales growth, [rather] than actually building the infrastructure to handle that type of sales volume.”

It’s like if you ordered THC gummies on Instacart (I have no idea if you can do that) and then had to go drive to the dispensary anyway.

Poison. Stay away from poison, son!

Oh, and speaking of ex-employees, Carvana just fired 2500 people, all at once. On Zoom.

According to Forbes (sigh, I wanted to say Motorious again),

“Carvana’s mass firing was a sign of much bigger problems at the company, according to 10 former employees (most of whom spoke on the condition of anonymity) and several industry analysts. They describe a spendthrift business, whose growth-at-all-costs mentality undermined business operations and sowed the seeds of its recent layoffs.

“It always seemed like no one ever had a real game plan or reasoning behind the decisions they made when it came to policy changes or additional training,’ said one former call center worker. ‘It was always just someone’s quick idea and that would be put into place with no additional planning.'”

Forbes also included this brilliant photo illustration of Carvana falling like dominoes, which is a thing of beauty and a joy forever. 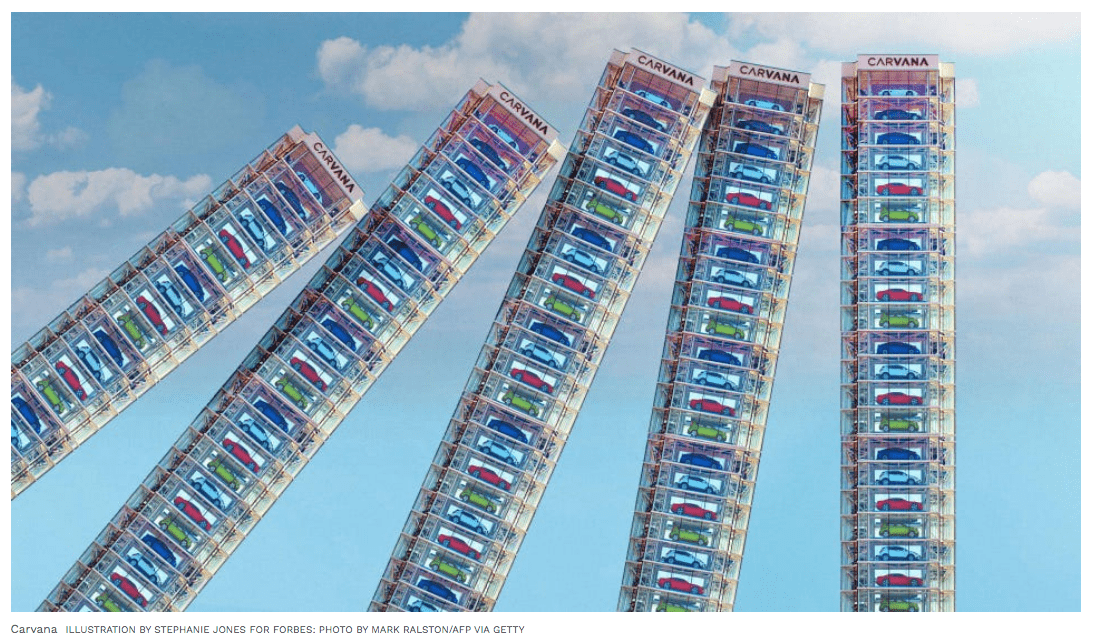 Anecdotally, Carvana is also advertising a heck of a lot on television recently – one of my unofficial “We’re desperate” red flags. Have you noticed? Or am I the only old person that sits around watching reruns of Cops?

Daniel Wharton, a totally real Wharton School accounting professor (Why do these people always sound fake?) said something I thought was very interesting – essentially painting Carvana as the car version of the housing bubble.

“Carvana is getting hit much harder with the rise in rates than your typical car dealer, because they are relying on that financing flow to feed their business, and that is obviously very interest rate sensitive…You sell houses for the purposes of originating mortgages and then distributing those mortgages to investors. Carvana is in the originator distributor business-originating car loans and selling those loans is its primary business.”

We all know how the housing bubble has been working out for us lately.

As The Dominoes Fall, The Money Stacks Up 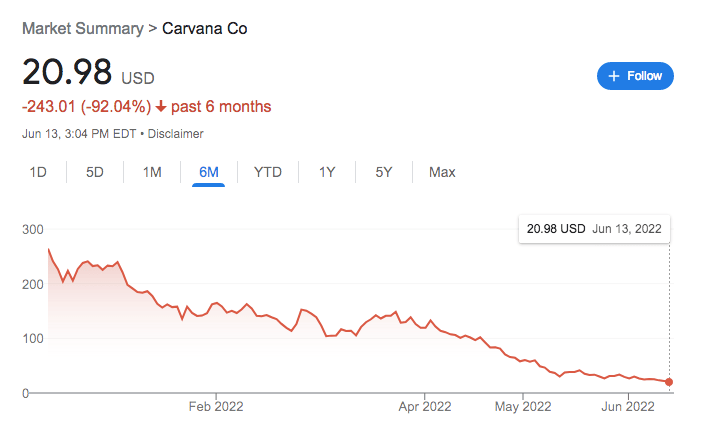 They also just bought a car auction business called Adesa – taking on $2.2 billion in extra debt in order to do so, which seems shortsighted. They’ve got a lot of debt in general, as you can see. 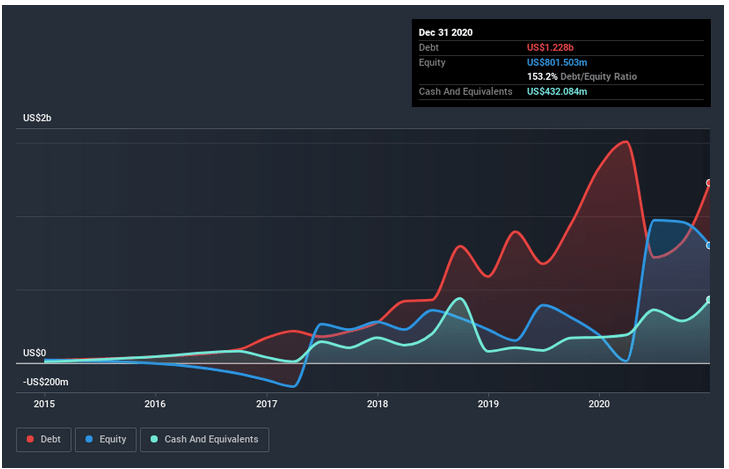 Their recent earnings haven’t been so hot, either. In fact, their net loss in Q1 this year was bigger than all five of their previous quarterly losses put together.

There are some super cheap July options right now, but I’d like to go out a little farther and see this company become more entangled in their bad decisions. These puts are a little more expensive, but not horrible.

Here’s what to do…