Liz here, with a quick hit for you. It’s almost D-Day, folks.

Tomorrow – assuming we get that second quarter of negative growth – we’ll be in a recession.

When you’re in a recession, you need to buy HELPFUL things (like the things in Tim and Shah’s Recession Action Plan).

I’ll be quick today, because we’re on a tightly timed holiday production schedule – but I want to give you a little something fun before the long weekend.

Let Me Kill Coinbase Quickly With A Few Devastating Blows

This story can be told with the elegant simplicity of a Dick and Jane book.

This is COIN. See COIN flop. 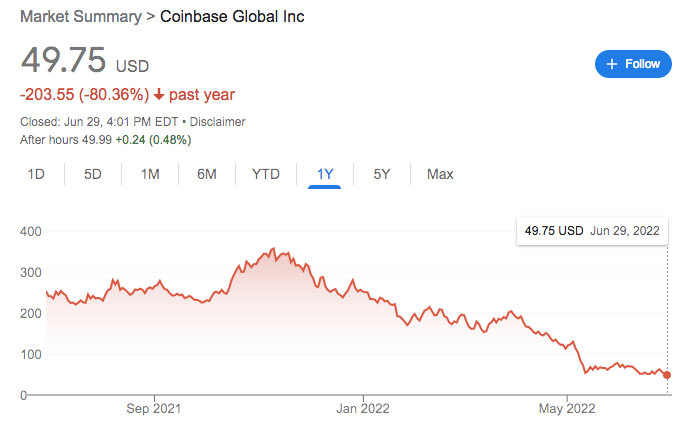 Everyone hates COIN, with good reason. 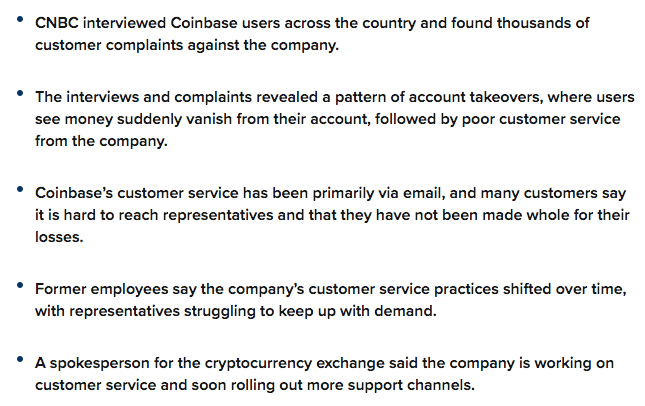 Last year they suffered a near-fatal hacking scandal, which they announced to users in these well-chosen words: “At least 6,000 Coinbase customers had funds removed from their accounts, including you.”

A search for “Coinbase lawsuits” returns 240,000 results (there are open class action suits right now if you feel the itch). 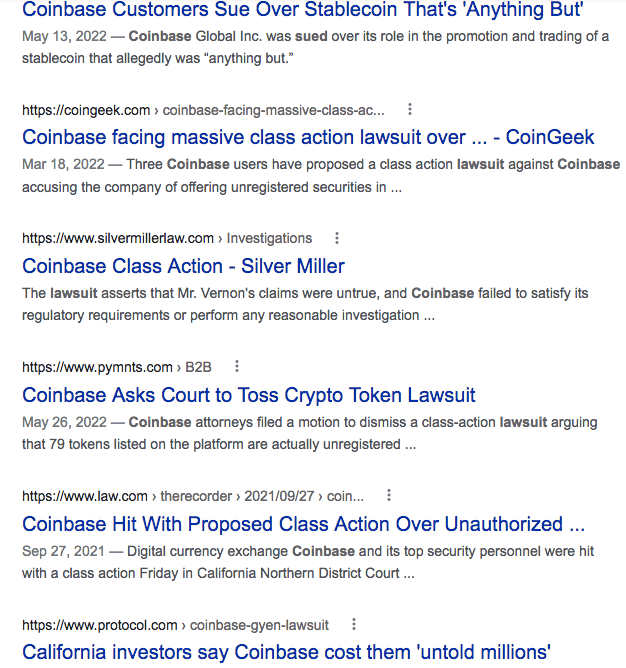 COIN decided to address these concerns by rolling out, guess what! An NFT marketplace in April of this year.

They also threw a $14 million Super Bowl ad at the problem (one of my “Bleh” tells is outsized cable TV ad spend).

In a splendid display of “Bleh,” the ad featured a QR code that sent TV viewers to Coinbase’s site. The traffic from the QR code crashed the Coinbase app…a development that was then followed by an immediate 1.7% stock drop.

Perhaps because of all these difficulties, COIN didn’t report their Q1 earnings until May, and when they did, they were awful. 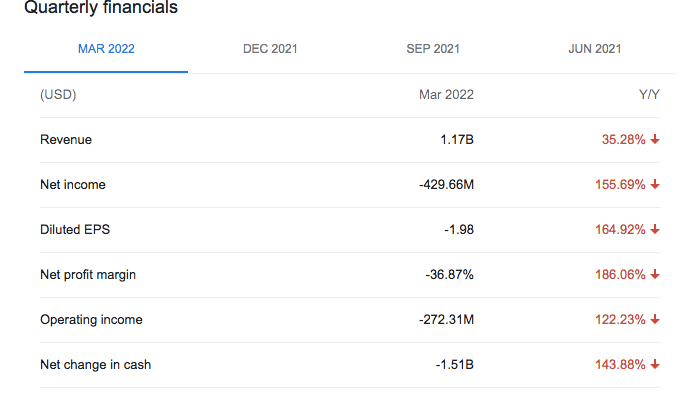 They missed analyst estimates left and right, likely because normal people were getting fed up, too.

A few days ago, they were downgraded by GS – the bank that helped them with their initial IPO. (It’s like being disowned by your fairy godmother.)

Their Z-Score is a screaming red flag of distress.

You should short them. Yes, you should. See Spot run.

They are not publishing their Q2 earnings until August (A DAY LATE, MANY MANY DOLLARS SHORT), which gives us a rough timeline for puts.

These are a little expensive (likely, because they are moving rapidly already), so get in at the best price you can.

As a full disclosure, I have the Coinbase app on my phone, and it’s very difficult to use and I have lost lots of money. There are 77 notifications – I’m scared to look at them.