Liz here, fresh off the air – thanks for watching!

In case you missed the show, first of all, get your act together, and second, make sure you’re at Money Morning LIVE’s one-year birthday party tonight…

Reserve your spot with a single click right here

Finally, and most importantly…

But, literally, short the gas pumps that you stare at, and glare at, and stand there cursing as they eat $1,000 of your money in one big gulp.

Do you have a concentrated, vile, putrid hate for gas pumps? ME TOO. Let’s do this.

Oil is still on the rise, as you jolly well know, with crude prices inching up past $115 for WTI and $121 for Brent. Thanks, Russia! (And at some point, when the Russian stock market un-pauses its trading, we’ll make bank on our RSX short. Patience, grasshopper.)

I’m actually doing something I don’t normally do in my stereotypically pessimistic “BLEH” article, and adding in a long oil trade as a bonus. 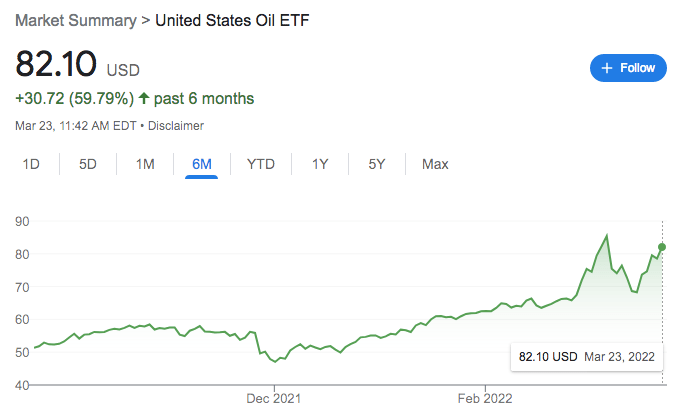 It’s been a minute since I looked at USO (my oil go-to – we’ve taken off a couple of rounds of triple-digit profits on this one before) and these options are moving. I had to go quite a bit OTM to even get to something cheap enough for my Goodwill self to buy. 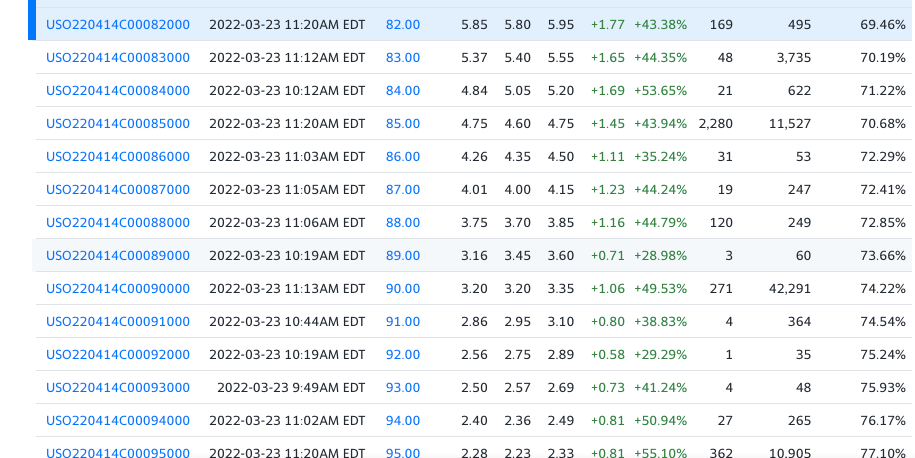 Still Dollar Slots, but not too bad. It’s a Goodwill in an upscale neighborhood.

OK, that was a quick aside (you’ll thank me later) – now, on to the true hatred.

Big Oil has been eating everyone’s lunch for the past six months, and your gas prices have been soaring. No surprise there. 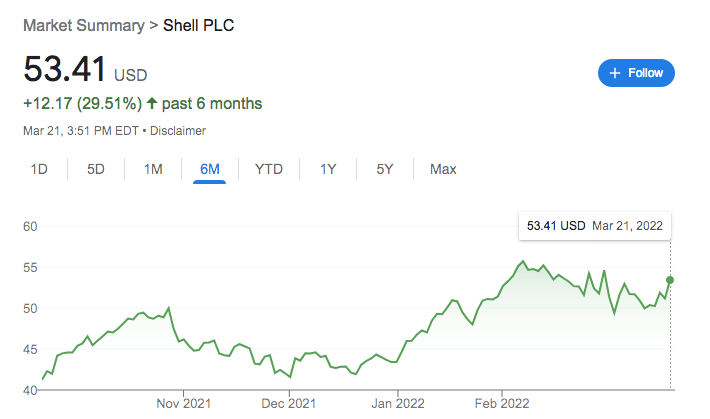 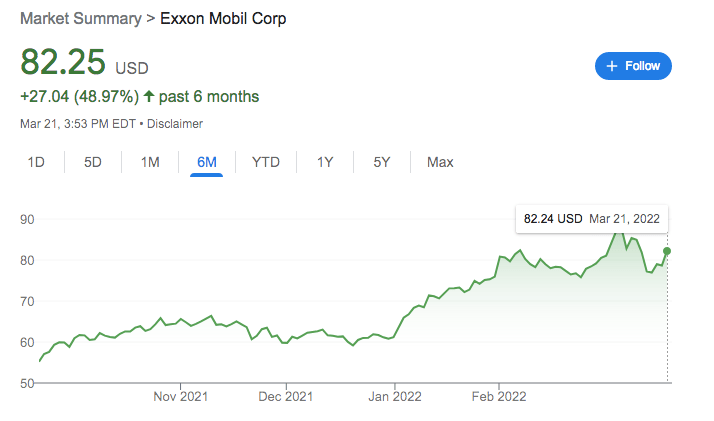 But at the same time, one very curious thing has been happening. 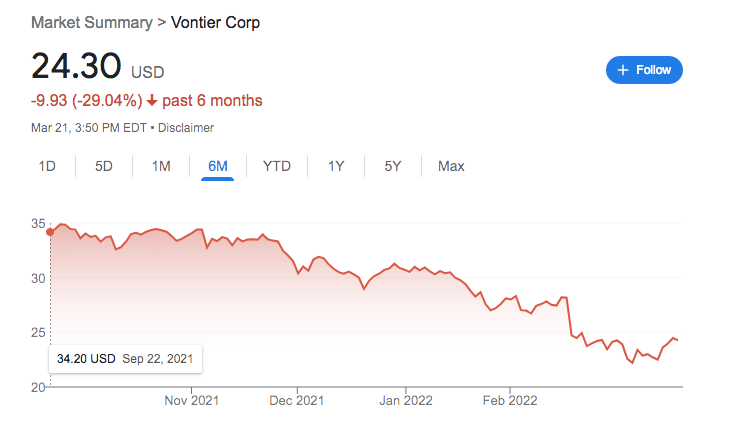 VNT owns Gilbarco Veeder-Root, which describes itself as the “world’s leading fueling and convenience store equipment and technology.” In point of fact, they make gas pumps, and the more you hate those machines, the more they crater.

A more scientific explanation would probably be “these machines are difficult to operate and service and no one wants to deal with them, which leads to declining sales and generally less money for the company.”

If you are curious to see all the problems these machines can have – complete with endless difficult-to-read PDF manuals on how to fix them – go here. If that doesn’t convince you, go to the gas station and try to convince the pump to take your chip card so it can bankrupt you.

It’s not that the gas pump market it is a bad one to be in, long-term – though, you’ll notice that the 7-year CAGR is still less than the 5-year for the oil and gas market proper. (L, gas pumps from Research and Markets; R, oil from Mordor Intelligence.)

As a side note, my Scary Shadow Editor’s dad used to work in the gas pump industry. She told me this story, which I obviously had to include. 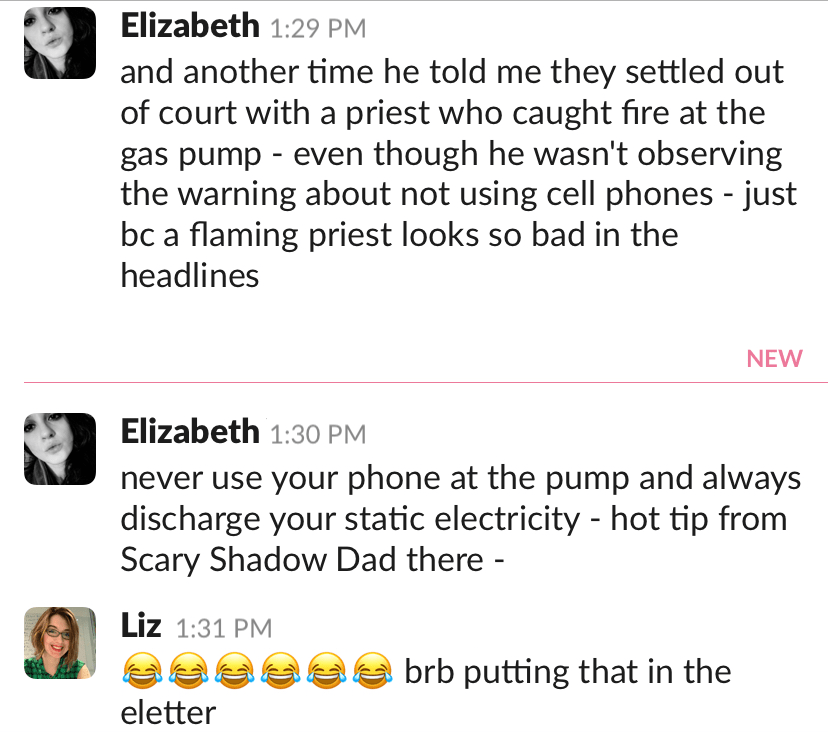 ANYWAY, this particular gas pump company isn’t doing well right now. And the angrier we all get, and the lower our threshold of patience is for bad technology, the worse it’s likely to become. 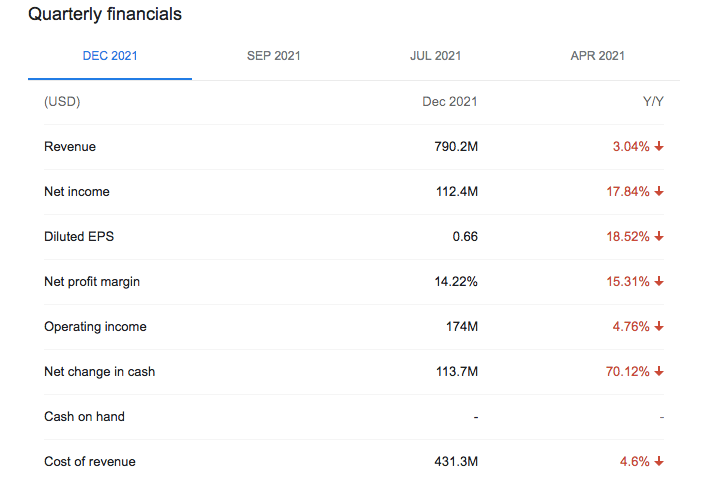 And there’s been a suspicious uptake in short interest recently (it’s the orange and the purple; source: Ortex).

VNT May puts are pretty cheap right now (they’ve actually gone down a bit since I took this screenshot), so we’ll hop in.

That’s all, folks. I’ll be back tomorrow with a Money Calendar Friday article for Tom.

And I’ll see you tonight at the Money Morning LIVE birthday party!