Liz here, full of bloodthirsty gleeee. I purposely put four e’s in that word because it looks more gleeeeful.

Two days ago, we launched Options NASCAR, our Third Friday money race (rules here), with a Mark trade on IBM.

It’s early days yet, obviously, but here’s that trade at the close yesterday.

I followed that the next day with my own, rather ill-tempered entry into the race – two trades on PTON and QGEN. At the close, they hadn’t moved, leaving me technically ahead.

But obviously, this is the middle of a new trading day, and I want to get you the most accurate information. I’m writing this about 11am, in preparation for a noon deadline.

So let me grab you some up-to-the-minute screenshots off Yahoo Finance.

(As I do this, by the way, I am imagining myself in an extremely frilly black and white outfit with a huge hat, like the horse race costumes in My Fair Lady. It makes me feel more competitive.)

Here’s where mine stand…

And also, here’s CJ’s brand-new entry as he hops into the race today, bringing “I’m gonna pwn you all” energy.

This is juuuust starting to get interesting…

The Intimate Yahoo Finance Screenshots That Tell All

When I was a young freelance content developer, many moons ago (I lived in a sketchy apartment, across from a drunk woman who spent a lot of time outside singing to her dog), I spent a lot of time in between projects, for some reason, devouring the Daily Mail Online.

This publication gave me the illusion of class, because it was British, but was almost completely composed of scandalous headlines about celebrities falling out of their clothes on this or that red carpet. It has informed my journalistic style to this day.

In that vein, let me show you these EXCLUSIVE pictures….

As far as my own PTON puts and QGEN calls…

PTON (which we got into at 30 cents) hasn’t really moved that much, but it’s not down…

So in conclusion, no one has really leaped out ahead here yet, but I’m DEFINITELY NOT LOSING.

And now, let me throw CJ into the fray with a brand-new Third Friday trade on Trade Desk Inc (NASDAQ: TTD). 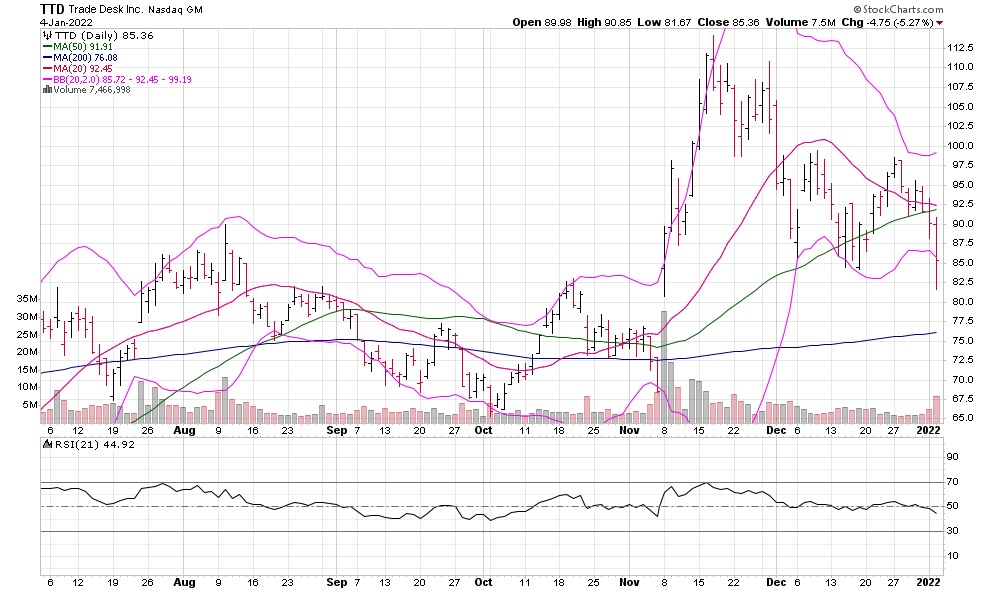 CJ – an incredibly dedicated trader, as always – sent me a chart and a piece of analysis at 11pm last night, labeled, “This is my Jan expiry option that’s going to blow everyone’s hair back.”

Joke’s on you, CJ – I have an incredibly fancy black-and-white Ascot hat right now and my hair is not blowing anywhere.

I’ll step back and let him take it away with the analysis. Here’s CJ:

“I’m going against the grain with a put on TTD.

Company doesn’t announce earnings until mid-Feb, which goes against my better judgment in trading something that is set to announce right after the January expiration, but this trade is more than just an earnings “cheat.”

Tech stocks are undergoing a P/E crush as we head into the earnings season while traders and investors are looking for value and dividend yield trades.

This week, the banks are taking focus as interest rates are on the rise and this group also represents a low PE ratio environment. Many of the tech and small cap stocks are falling into the opposite category.

TTD shares are breaking through a technical barrier as they break through a triple-bottom at $85.

At the same time they are breaking their bottom Bollinger Band and to add insult to technical injury, the stock just broke below its bearish 20- and 50-day moving averages.

That’s a pretty simple play, though it’s over $2, so I’m going to have to put it in the Dollar Slots bucket.”

On the bright side, we finally got out of quarantine and today is my child’s first day back at school. His mood and mine were noticeably different this morning. 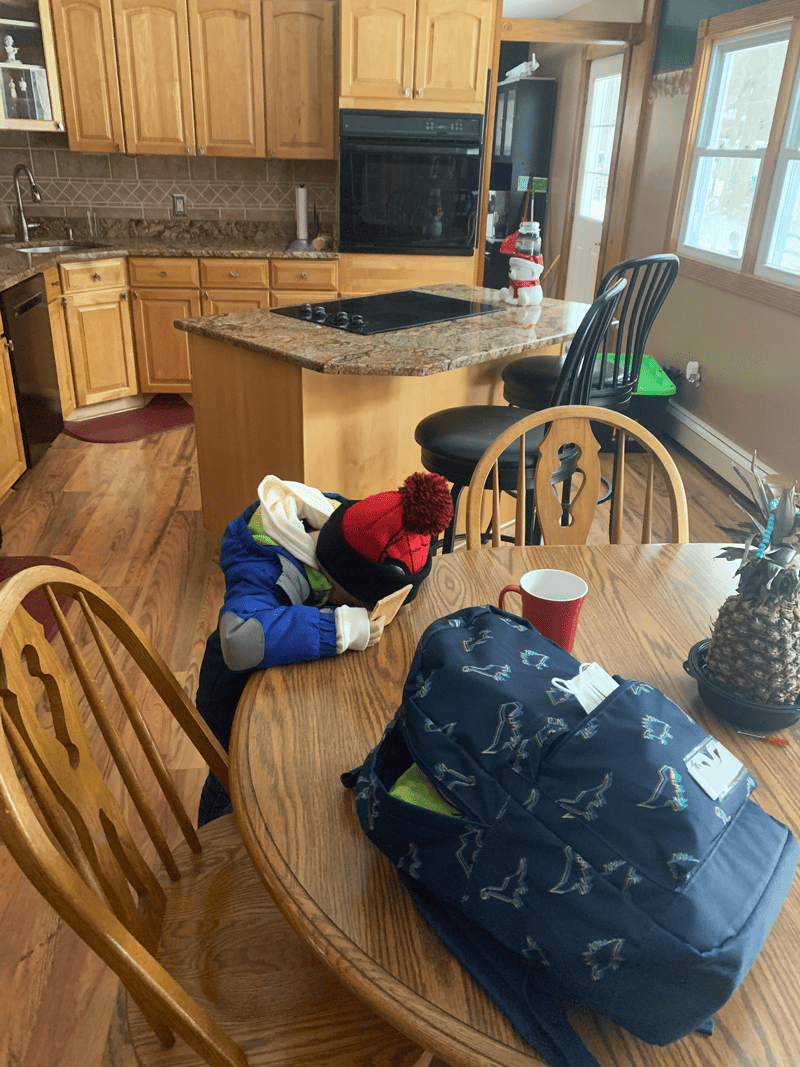 It’s a dog-eat-dog world, my child. Best to learn early.

I’ll be back tomorrow with, hopefully, a Garrett play to add to the race (and maybe, a clear front-runner, too – my money is, quite literally, on PTON).