Liz here, with a little different story for you today.

In between listening to my family fight over Minecraft, I’ve been researching exactly how much big banks and investment firms are spending on big data every year. (Anything to keep from hearing my son and my husband argue with each other about who let the square pigs out.)

And there’s money in it for you.

So I’ve got a call trade for you, naturally…

And I’ve also got a look behind the scenes at Tom’s mysterious basement machine…which is basically big data on steroids.

In fact, if it catches on, it could put all these massive analytics companies out of business.

Let me show you what I mean…

I’m just going to directly quote Business Wire, because they seem trustworthy (the famous last words of Pinocchio before he was turned into a donkey).

The bolding is mine. Look at this MF of a big number. 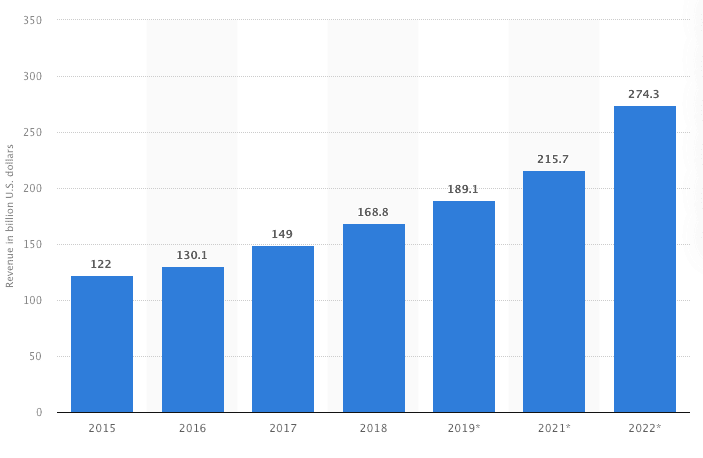 All that big data spending basically boils down to analytic technology that helps big financial institutions figure out where to put their money and how to make more of it.

There’s an image for ya.

In J.P. Morgan’s most recent earnings call, they delved down a little bit into just what they spend all this “tech” money on – and surprise, surprise, it’s mostly on ways to collect data and use it to generate money. (Oh, yes, and their 2021 budget is now up to $12 billion, 26% more than 2020.)

Forbes says: “The 26% boost in the bank’s 2021 tech spending covers not just software development, but investments in data and analytics, artificial intelligence and physical aspects such as data centers.”

$600 million a year goes to “research and data”, a.k.a. spying on account holders, by the way:

“As a large financial institution, JPMorgan Chase highly values effective research and data about their customers, the financial markets, and the global economy. JPMorgan Chase spends $600 million a year on research in these fields, using both broader economic data and their own massive data sets on the spending and income of their account holders, who stretch across 60 countries and half of all households in the United States.”

As you can see, the “tech” piece of the research and data pie…just for banks… is pretty big (a little less than a third of total, worldwide data spending.) 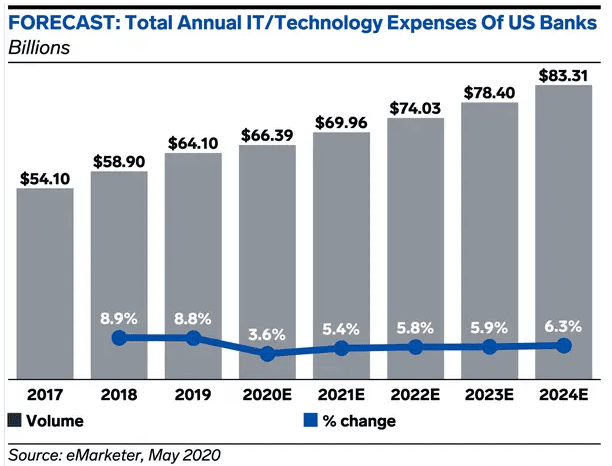 As far as your piece of the pie, you could always pick up some calls on Splunk Inc (NASDAQ: SPLK), a big-a** software company with lots of specialized solutions for research and data – particularly in finance. (Here’s a mind-boggling piece from their investor presentation.) 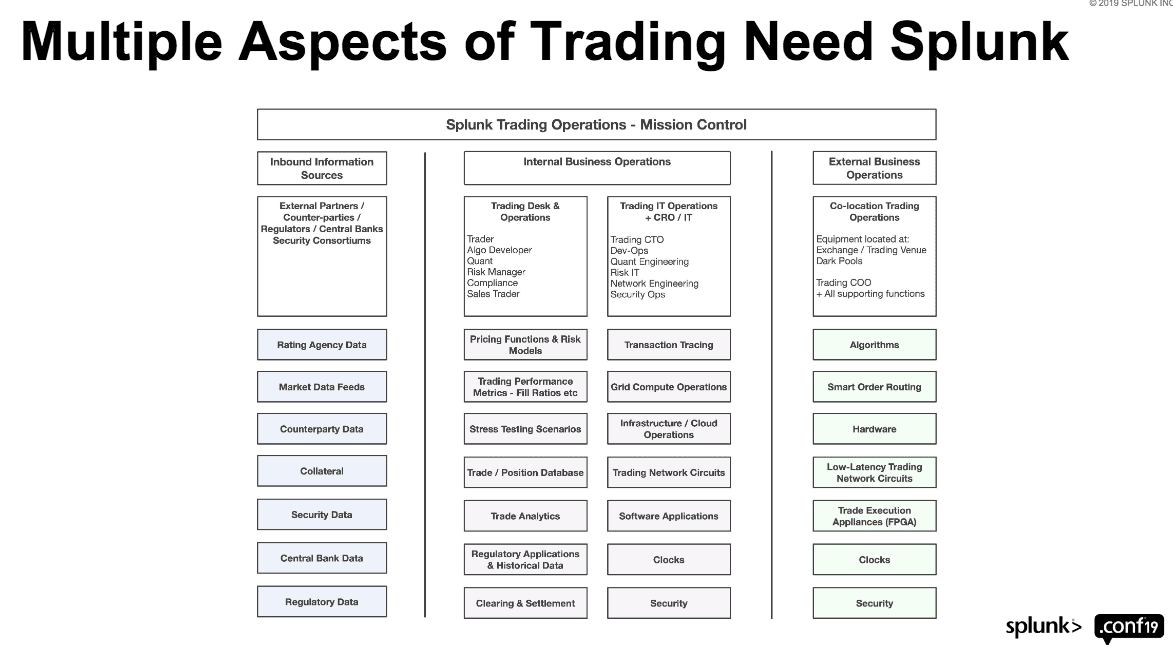 (That reminds me of “Every Good Boy Deserves Fudge,” the way I was taught to remember the lines on the treble clef when I learned piano. EGBDF!)

Their past few earnings have looked good – and the stock trajectory looks good, too. 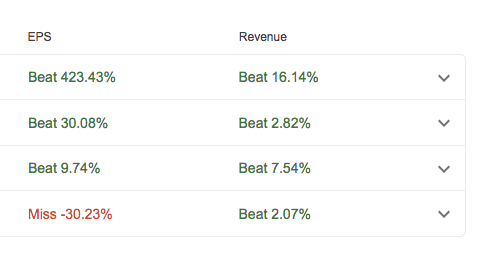 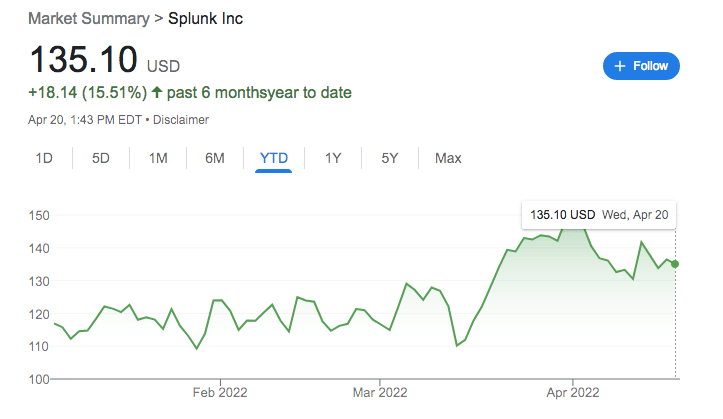 The calls are a little on the expensive side, but not prohibitively so.

As the Cat in the Hat said, though…

It should be pretty obvious at this point that big data is big business. (Sorry, I almost wrote “pig business,” because I’m arbiting yet another dispute about square pigs.) WHO, WHO, WHO? Who let the pigs out? 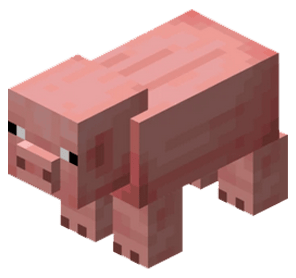 Right now, the best business schools in America, like Wharton and Columbia, are training future bankers and hedge fund managers how to apply data science to investing and trading.

But Tom has them all beat.

In fact, he and his team have just spent an entire year in their trading lab, developing and refining a new scientific method. Using advanced science and hyper computing to uncover new and exciting trades with absolutely staggering potential.

(This is the mysterious basement trading machine I’ve been telling you about.)

No one else…not J.P. Morgan…not Goldman Sachs or Wells Fargo or UBS… is using data this way.

Or getting these types of results.

Of course, Tom has sunk millions of his own money into this thing.

And it delivers the biggest, fastest gains you could possibly capture… in a matter of days.

Tom’s spent the past year back testing, breaking, and perfecting his new tech to deliver Mega Trades that could double, triple, and even 10X or more your money in a matter of days. This multi-dimensional technology has the power to:

This triple-tiered method gives you the best shot to go for one windfall after another.

Now I can’t share everything with you right now, but here’s what I can say…

Now this may all seem incredible, even impossible.

Just look at what investing only $500 into some of the best mega trades from Tom’s backtest modeling analysis could have produced… the numbers are absolutely astonishing… we’re talking staggering windfalls. 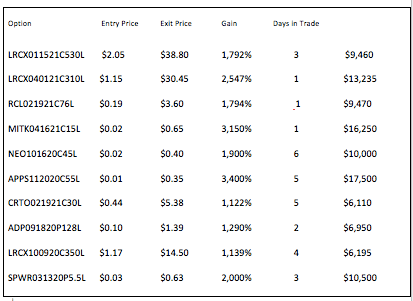 No one else is going to show you how to find mega trades like these.

And tomorrow, Tom is going to be taking you behind the scenes… into his command center… (A.K.A BASEMENT)…where science meets technology.

You can get on the list to see how this insane data machine works, right here.

I’ll see you tomorrow, and in the meantime, hang loose.

P.S. I am really limited in what I can reveal about this machine. Tom’s right-hand woman, Rachelle, Slacked me to make sure I was not spilling any trade secrets ahead of the 1 pm reveal.

I assured her that I wasn’t: 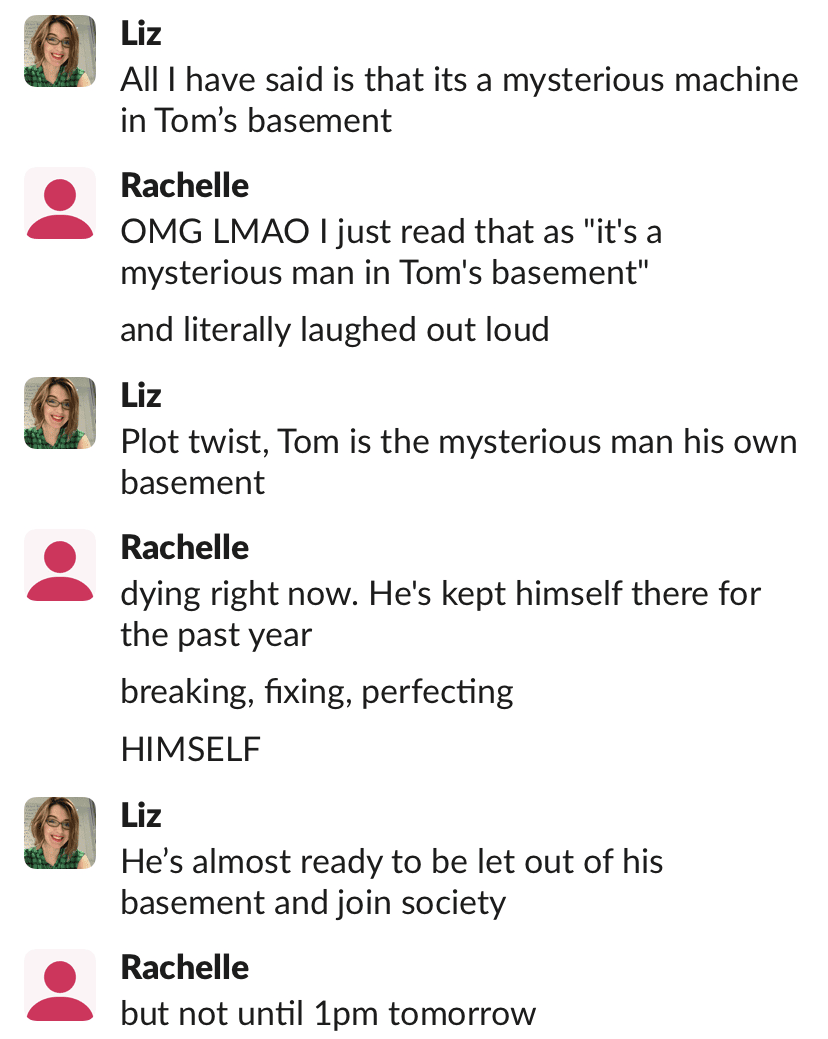