Liz here, all excited to introduce Jared for the first time! (Well, actually, he’s been on Money Morning LIVE every day this week, but semantics.)

As you know, ever since Andrew Keene disappeared, I have had a spot open in my Trading Today cast for “International Man of Mystery.” Tim Melvin is the Mad Scientist and CJ is the Vaguely Familiar Hunk Named Chris. (We are in talks with several major studios to develop this movie.)

Jared is from Philadelphia, but he LOOKS like an International Man of Mystery, so I have offered him the part. 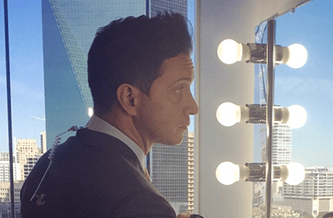 He also wrote a really intimidating book called the Bloomberg Visual Guide to Options ($58 on Amazon), so we are honored to have him here. 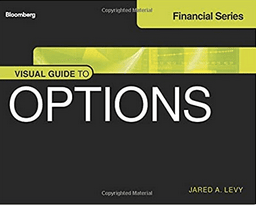 Jared’s on Money Morning Live in just a little bit – he goes on air Mondays, Tuesdays, and Wednesdays from 2:00 to 2:30, so head over to the room now to see him. Tell him I sent you. (He queues up his stock watchlist at 2:10 – make sure you’re there for that!)

ALSO-also, he graciously sent me a trade (yes, yes, I know, that is the real reason you all are here) – go get it now.

Carnival Is Finally Recovering from COVID

I was intrigued that Jared tossed Carnival Corp (NYSE: CCL) at me right out of the gate, because my husband and I just booked a Carnival cruise for May. (I did eventually find my passport, and it was indeed lost in the mess in the bottom of my car.)

Carnival, as a business, has been one of the biggest COVID casualties over the past two years, which frankly is their own fault. Per Bloomberg (since we’re already in a Bloomberg mood):

On March 4, 2020, at the beginning of the pandemic, the Carnival Grand Princess became a kind of floating COVID petri dish, marooned in the middle of the San Francisco Bay while panicked passengers died. (Carnival Corporation owns Carnival Cruises, Princess, and Cunard, among others.)

Again from Bloomberg: “Around lunchtime on March 5, the ship’s captain, John Smith, announced a quarantine over the ship’s public address system. All 2,422 passengers needed to go to their cabins to shelter in place. Laurie Miller was in the Da Vinci dining room eating chocolate peanut butter ice cream. ‘Oh my God,’ she remembers thinking. ‘This is real.’ Then she ordered more ice cream.”

The stranded cruise ship became a kind of bellwether for the early days of coronavirus, with passengers live streaming quarantine conditions on the ship, sick people medevacked out and supplies airlifted in. For a while, staff kept up the entertainment schedule, but eventually, they gave up even on their onboard game show, “True or Moo.” (I’ll be honest, this news story was one of the first ones that made ME sit up and say “wait, this is a thing.”)

We also got horrifying pictures of the hospital-style takeout food the quarantined passengers had to eat (“I wouldn’t have fed it to my worst enemies,” said one traveler). 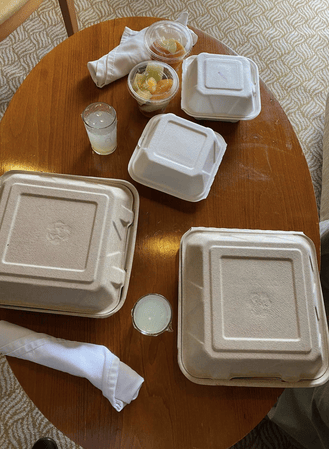 Ultimately, 122 people on board tested positive, and 7 died.

This was only the beginning of a series of outbreaks on something like 25 cruise ships worldwide. By mid-March, Carnival had suspended operations entirely, though it took them weeks to get 80,000 employees and 260,000 passengers safely back to their home countries.

At this point, Carnival’s bonds were trading at 70 cents on the dollar, close to bankruptcy territory, and they were in talks with hungry sharks who buy distressed debt.

The five-year chart, with the coronavirus crater in the middle, says it all. 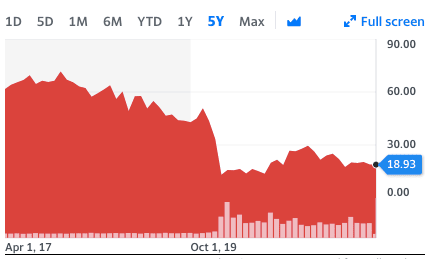 Rather than knuckle under entirely, CCL started tightening its belt. According to Forbes, “The company cut its annual operating expenses by $1 billion, as well as its capital costs by hundreds of millions. While some of those reductions came from laying off 820 people and furloughing an additional 537 for up to six months, Carnival also restructured operations to make them more efficient, and sold off older, less productive ships.”

They also restructured debt, raised money, and came up with $8 billion cash on hand. And this spring, after slowly ramping up their operations, they’re getting ready to put their full fleet back in the water. (They were operating at 2/3 capacity as of New Year’s.)

Current bookings for 2022 are actually higher than 2019 bookings, according to totally real Carnival CFO David Bernstein. (Why do these guys always sound fake?)

“Everybody wants to go away. And I will tell you, the next best thing to actually going away is planning a vacation. And that’s what a lot of people seem to be doing right now,” says the extremely real and solid Mr. Bernstein.

I can also tell you – from personal experience – that having been burned once by “floating petri dish” headlines, Carnival is not taking that chance again. The vaccination and testing requirements on these ships are stringent. We had to download two separate apps with a series of multiple checkpoints before boarding: upload vaccination records, upload PCR test results, upload doctor’s notes, etc., etc., etc. You are not getting on this ship if you have a sniffle, which I think is one reason people are feeling a little more confident.

Jared (Our new International Man of Mystery!) slacked me a few notes on why he personally thinks CCL is a “buy the dip” right now:

“Carnival just reported a bigger loss than expected, but that’s because it simply hasn’t gotten its ships all out and sailing, nor has it realized anywhere near the potential of the massive amount of future bookings.

“Investors realize this and didn’t sell shares on what you might think was the worst earnings report ever. If you read between the lines, there’s upside to be had here and I suspect they will have a banner summer.”

I added some options in on my own recognizance (these are purely mine, not Jared’s, so sail at your own risk).

I’ll be back tomorrow with a brand-new “Bleh” stock after the show. RSX, along with a lot of other Russian stocks and ETFs, remain suspended – so you’re still not filled on last week’s trade. It was so BLEH that it was literally broken.