Liz here, back in the land of the living after a weekend-long, drug-induced dream about hot metal hair rollers. (I’ve now figured out that it’s best to eat before taking this particular medicine.)

I also awoke to see this magnificent, 80s-inspired graphic: 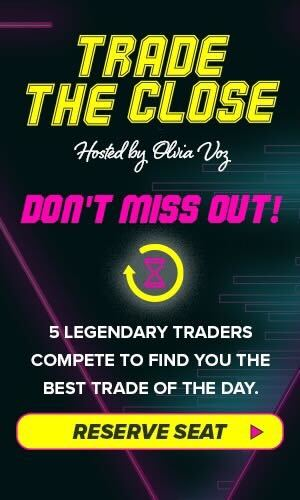 Essentially, this event is Voz’s smackdown of all our guys’ worst trades. (She also uses her volume magic to sort through and pick their best trades, so there’s all kinds of upside.)

They’re releasing the live footage of the whole thing in just a couple of days (you can sign up to watch here).

They’re calling it a “trading competition,” but it’s really more like this…. 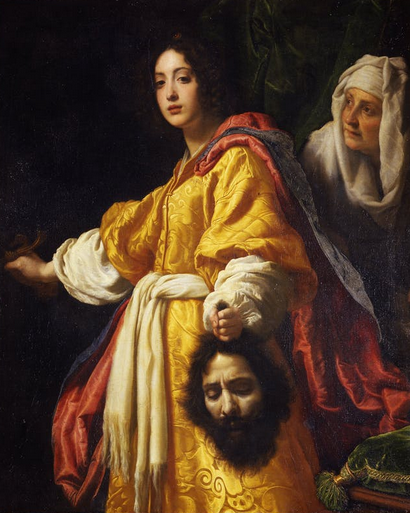 See you there! (I’ll be the random lurker peeking around the corner in the white headdress. Voz is the magnificent yellow lady. And the guy with the missing head is probably Mark.)

Speaking of Mark, I do have a brand-new short trade from him today.

Mark’s Head Is Actually Screwed On Quite Well At The Moment, Thank You

We have a designated Slack channel appropriately called #big_winners, and Mark’s greatest hits get posted there all the time.

While I was waiting in the ER last Tuesday, for instance, this gem popped up… 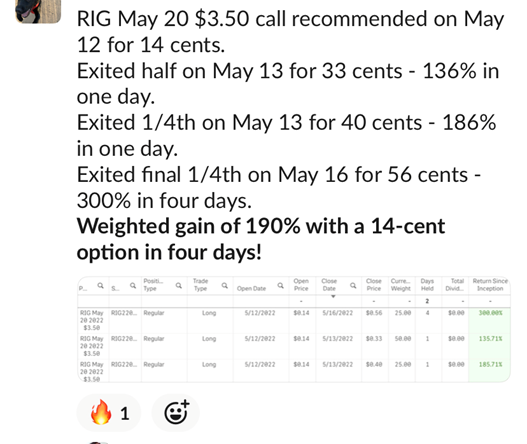 This was all part of Profit Revolution (where most of Mark’s greatest hits live), and you can and should check that out.

Tangentially related to the Revolution and heads rolling, it was said that the guillotine was “the greatest cure for headache,” which I am keeping in mind as I navigate the numerous side effects of my medicines this week.

As far as Mark’s AAPL trade, here he is with a dried apple for a noggin. 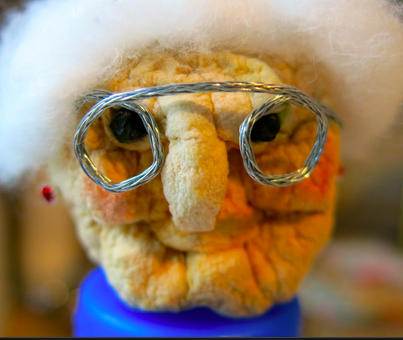 I once made one of these as a child, and then left it in on a high shelf in the laundry room, where I repeatedly visited it and freaked out as it turned black over the course of the next few months.

According to Mark, “AAPL is having a nice little rebound today. It’s back above 140 and could make it to 145 early on. But I think we are going to see the wrong side of 135 quickly.”

Per this chart he sent over, near dated HV is running hot to IV:

Also, AAPL is way below the 200 and 50-day moving averages, and the 50 might enter a death cross:

And according to him, a June put spread “will pay.”

I’m just catching back up on mounds of email and Slack, but I hope to have a profit alert for you, possibly as soon as this afternoon. (Morgan, the Eye of Sauron, is checking in on some spreads for me.)

Hang loose – and tomorrow, though I’ve been subconsciously avoiding this because it’s extremely spooky, I’ll tell you a ghost story from jail.

Glad to be back!

P.S. Here’s what my apple-headed doll looked like after it rotted. 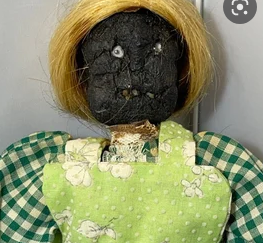